Dionne and Louise first met at college when they were both studying drama as part of their degree. After graduating, they helped form a local theatre company performing and choreographing plays and musicals for local theatres and theatre in education projects.
Shows include Cabaret, The musical, The Wizard of Oz, Accidental Death of an Anarchist by Dario Fo and Witchcraze by Bryony Lavery.

As The Passionettes they have performed in many venues and theatres across the country both as an act in their own right and as backing singers to many accomplished artistes and musicians, including Elvis Presley's very own guitar maestro and legend, James Burton.

Their philosophy Dionne says is, "we love people and we love to entertain! What is the point of going on stage if you are not going to connect with your audience? We work hard on stage to draw the audience into our show...it would be easy to just stand on stage sing a few standard songs and throw in a couple of token dance moves but we wouldn't enjoy that. We don't feel the term 'duo' really describes what we do ... .ours is a mini show. We put our heart and soul into each performance and tackle songs that we think other female artistes are not covering".

The girls do have a terrific on stage chemistry and presence, which Louise puts down to two things, "off stage, we are great friends, and I think this spills over into our stage act (could this be why people are always asking us are we sisters?!). But as well, we do have the advantage of having been theatre trained and I think this gives us a professional edge".

A classic Tribute to Elvis. Oliver has perfected the sound of Elvis Presley with a passion. His voice and moves are just amazing. You are in for a real treat... 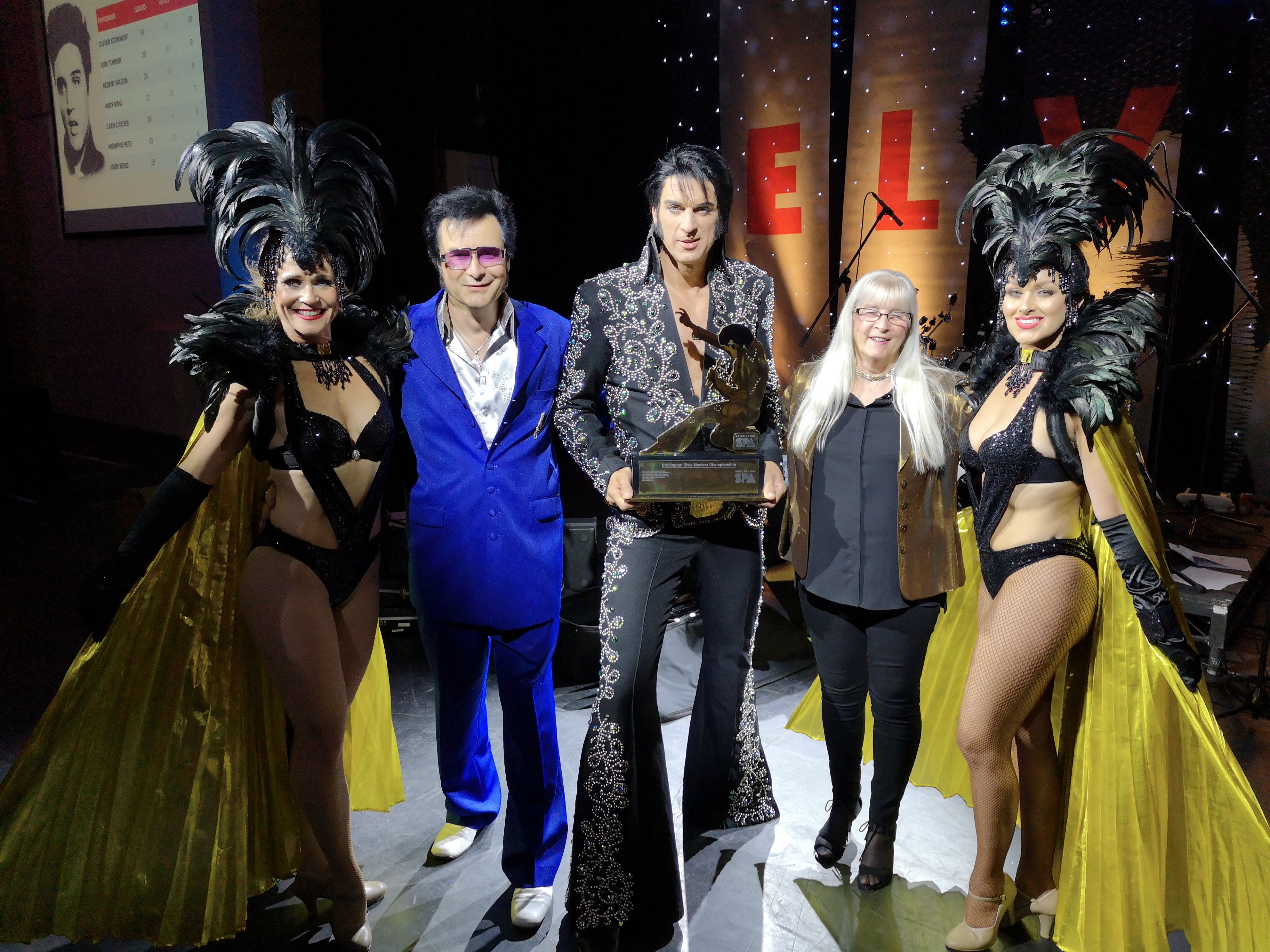 Oliver will be showcasing  on the Saturday night of the festival